If you ask me to name certain favorites of a Tuscany town, “the alto” and “the market” would definitely be among the list.

“Alto” means “tall”. So when talking about the “alto” of a town, it refers to the part that locates on top of the hill.

Certaldo is a middle-age town locates in south of Florence province, close to the border with province of Siena. I visited Certaldo Alto last week, joining the “Tuscany Among The Stars” blog tour together with other content creators, and spent one night there. As other medieval upper towns in Tuscany, Certaldo Alto has the stone paved street, breath-taking view to the Tuscany landscape, and quietness all around. What is special here is that there are many well preserved old buildings, despite of some damages in the World War II. We climbed the House of Boccaccio, who wrote The Decameron and passed away here in Certaldo Alto. The house itself is a museum where we found art works and all the translated versions of The Decameron available. From the top of the house, we had the panorama view of the Certaldo Alto, and devoted a long time to photo shooting. 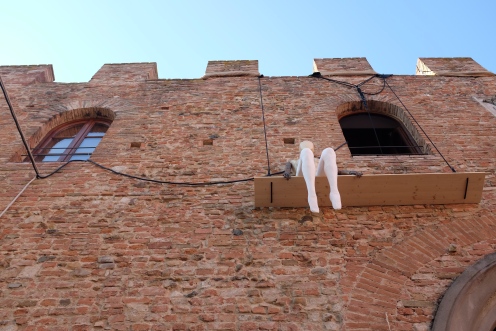 Actors having rehearsal before the show

The view from the House of Boccaccio 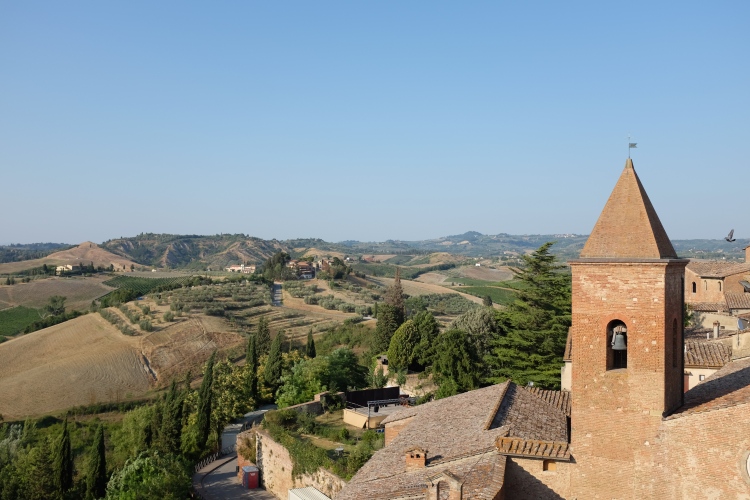 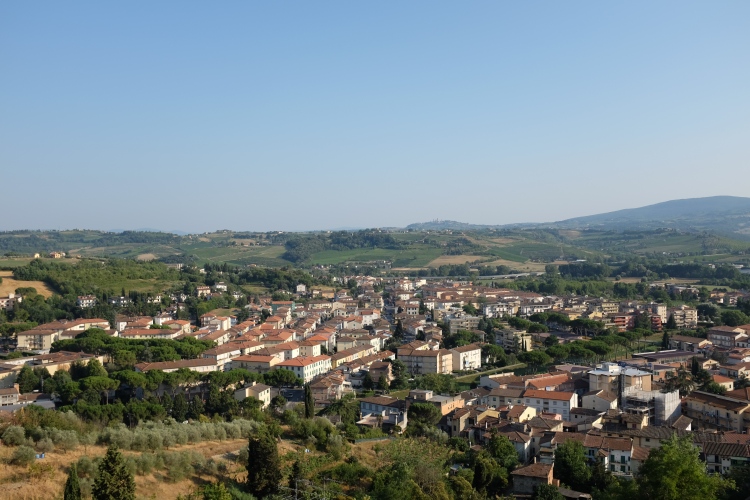 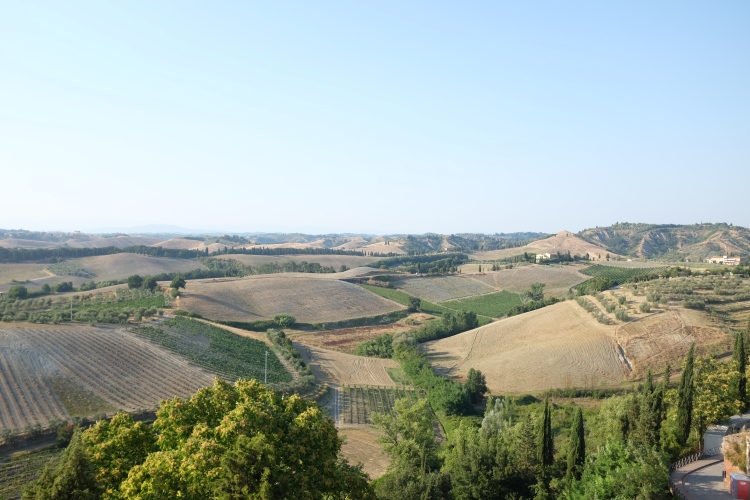 Mercantia is a street art festival hosted during summer in Certaldo Alto. Each year it brings more than 27,000 visitors to Certaldo Alto, where population is only around 200. This year Mercantia celebrates the 28th anniversary, and it was the last day of the event when we were there.

We started our tour around 9pm, and found the streets full of crowds, which made the small town a big party pool! Lots of performances are along the street, as well as many small booths selling handcrafts by local craftsmen. The whole town was turned into a big market, which not only promotes the street performing art, but also non-mass produced local goods.

Starting from 6pm, booths selling local goodies can be found along the street 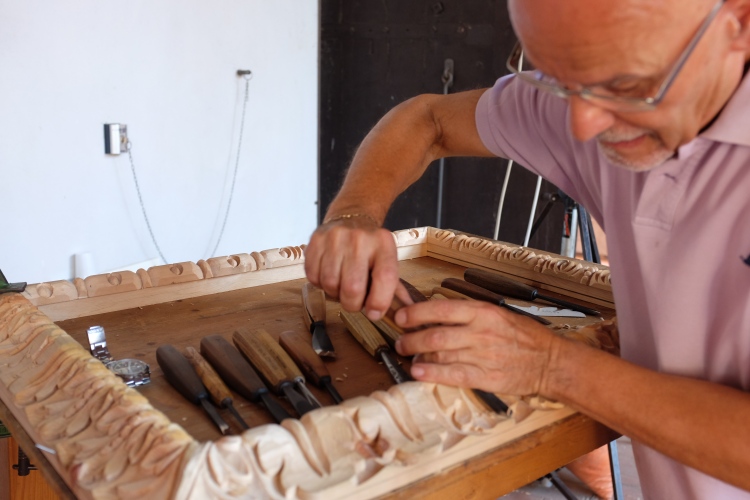 Walking around, we had been able to see many shows. “Bravo! Bravo!…” They constantly amazed the audience. One of my favorites of the night was the Angel and Demon live installation! Besides the fact that all the actors delivered their characters so vividly, the bold costume design and almost flawless make-up deserved thumbs-up. No wonder it drew all the attentions from the audiences. 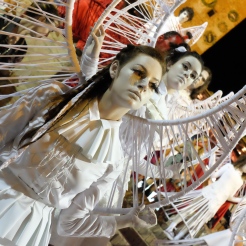 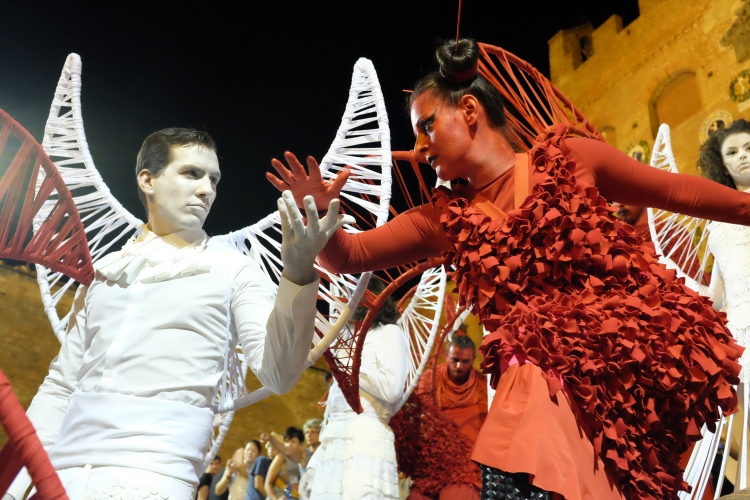 Angel kisses demon?! What a challenge to the cliché about “good boy” and “bad girl”. 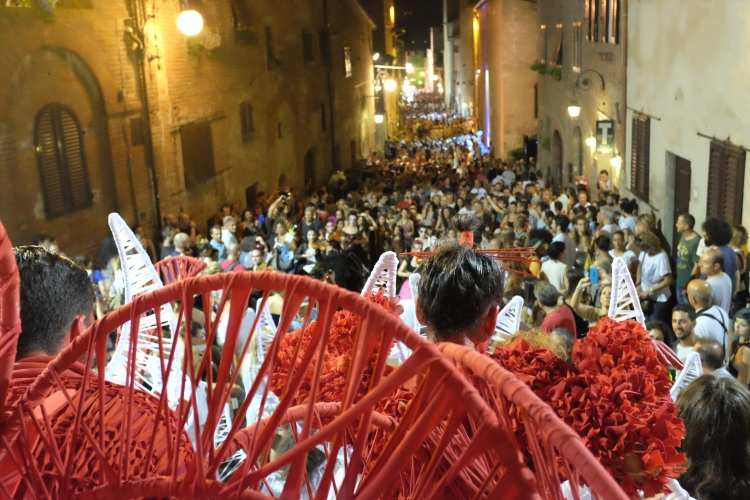 Me (right 🙈) with the creative artist Rebecca Ihle (left) who designed all the costumes for the angels and demons! Compliment to her great work!

Travel tips:
💡 Study the show timetable in advance. The performances happen one after the other, sometimes even simultaneously, so better decide which one you’d like to see and go to the venue with a bit advance if you would like to take a front seat.
💤 If you decide to spend over night in a B&B in Certaldo Alto, remember to bring mosquito repellent and your own tooth brush!

#EXPOTuscany is a series of blog posts featuring my latest blog tour “Tuscany Among The Stars” by Visit Tuscany. More content can also be found here:
📍 http://www.expotuscany.it/en/tuscany-among-the-stars/